5 Tips for Parents When Their Toddler Refuses to Eat

You always pictured family meals as being happy times where your family gathers to enjoy a healthy, lovingly prepared meal. When you have a picky toddler who is refusing to eat, meals are often stressful occasions that end in tears (for both you and your child!). Fortunately, it’s pretty normal for a toddler to not eat, and our Greenville child care center is sharing both why they may be refusing and how you can work around it.

Common Reasons Why Your Toddler Is Refusing to Eat

Before we share tips on how to get your child to eat, let’s look at why they may be refusing in the first place.

If your toddler was eating everything in sight last week and this week they’re barely touching anything, this is actually normal. As they grow and change, so do their appetites so some days they may simply not be as hungry as others.

Too Large of Servings

We often load up plates for our children and worry when it looks untouched and think they didn’t eat at all. For toddlers, a few bites may literally all they need when you consider that a serving of fruits or vegetables may only be 2-3 tablespoons, and a serving of whole grain is 1/2 of a mini bagel.

It’s probably no surprise to you that your toddler is discovering their independence and how to test boundaries. This includes meal times – they know they control what they eat so the more a parent or caregiver pushes or coerces, the more they refuse.

If the television is playing, a tablet is on, or you’re on your phone, it’s hard for your toddler to focus. By eliminating the distractions, they are more likely to focus on eating rather than on everything going on around them.

Sensory issues may also play a role in why your toddler refuses to eat. If you find them only eating hard, crunchy textures or, conversely, soft bland foods, they may not be able to process different textures yet. It’s often pretty normal for toddlers, but if they truly can’t move beyond a certain type of food, it’s worth bringing up with their pediatrician.

5 Tips for Improving Meals when Your Toddler Refuses to Eat

Okay, now that we know some of the causes, let’s look at how to make meals a bit smoother and less stressful.

You may worry you’re not giving your toddler enough by only putting two tablespoons of vegetables, a few cubes of grilled chicken, and a few tablespoons of mashed potatoes on their plate, but these are fairly standard portion sizes for two to three year old children. Now, they aren’t set in stone, but it’s a good starting point, and if they’re still hungry, they can always have seconds. This way, you’ll have a better idea of how much they ate, and they won’t feel overwhelmed by a large quantity of food.

Only Serve Water Between Meals and Snacks

Often, children who drink milk or juice throughout the day don’t eat at meals because they just aren’t hungry. When a cup of milk is their constant companion, much of their daily calories are probably coming from it rather than food. Instead, offer water for thirst through the day, and then milk or another beverage with their meals so they’re more likely to have an appetite.

Many toddlers will take a bite, get down, play for a bit, go back to their plate and eat a few bites, then play, so that meals last one to two hours. Grazing throughout the day means that it may seem that by dinner they’re refusing to eat, but in reality, they’ve just not had time from lunch or an afternoon snack to build their appetite back.

When grazing seems to be the big problem, limit mealtimes to 30-45 minutes. You don’t need to set a timer or rush them as that can be stressful, but if they keep getting down, simply put the plate away and reheat it or represent it for the next meal or snack.

Many parents will serve a meal, then, if their toddler won’t touch it, serve something else. This teaches them that they can have what they want if they’re patient. However, on the opposite side, it often takes several exposures to a food before a toddler will even taste it or touch it. You want to keep exposing them, but you also don’t want them to go hungry, so serving a “safe” food as a side dish, something you know they will eat, like a favorite fruit, a small amount of yogurt, or veggies with ranch dip, alongside the new meals will help normalize the new food.

Remember when we said that often, toddlers like to push boundaries? Basically, your responsibility as a parent or caregiver is to prepare and serve meals. Your child’s responsibility is to decide what and how much to eat. Don’t cajole, coerce, or get upset, even though it’s easy to get frustrated. If they don’t eat, or they won’t try a new item, that’s their choice. They can eat at the next meal or snack time.

Schedule a Tour with Our Greenville Child Care Center Today

At Children’s Campus in Greenville, we’re dedicated to fostering healthy children by providing nutritious, balanced meals and snacks as well as creating healthy mindsets about food. To learn more about our mealtimes and other aspects of our program or to schedule a tour, reach out to us today at (252) 756-8200 or fill out the form below!

My husband and I signed our daughter up for daycare at Children's Campus in a desperate need. We had the opportunity to tour the center which we instantly fell in love with everything about it. Since our daughter has been attending Children's Campus she has done nothing but flourish in development. All of her teachers that she had been with since being here have been the sweetest and most caring, and that does not stop with the teachers as all of the staff at this center share constant love for the children. This is all evident by always being greeted with cheerful smiles, as well as witnessing everyone else being treated the same.

By spending time in my children's classrooms, I have witnessed the teachers' dedication and passion for working with children. Each day provides a stimulating experience in an atmosphere that fosters learning, as well as development of social, emotional, and gross and fine motor skills, all of which helps boost self-esteem. Each day when I drop them off I am confident Children's Campus provides a loving, nurturing , and attentive environment where my kids can play, learn, grow, and thrive!

Maria F., Mother of two, Greenville
Learn more about our Preschool!
Tell us know what you're looking for and we'll provide you with more information about our center and programs.
Contact Us
Quick Links
NON-DISCRIMINATION POLICY

The Children’s Campus of Greenville admits students of any race, color, national or ethnic origin to all the rights, privileges, programs, and activities generally accorded or made available to students at the school. 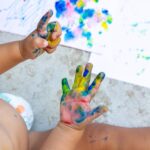 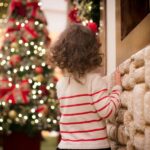